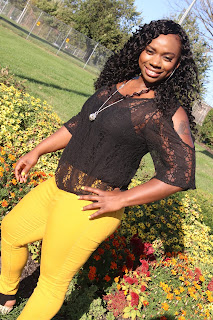 The Media Blast recently caught up with Kansas City, Missouri breakout star recording artist and songwriter Ms. Ke for an exclusive one on one interview about her upcoming project, plans for 2020 and more!  Read all about what she had to say in this interview.  Get more updates and news on Ms. Ke by visiting her official blog page http://www.MsKeMusic.blogspot.com


The Media Blast:  How would you describe yourself as an artist?
Ms. Ke:  I describe myself as a versatile artist that has her own sound.


The Media Blast:  What would you say has been your biggest milestones in your music career so far?
Ms. Ke:  Trying to balance music and personal life has been my biggest milestone but if you really want it you will invest in it and go after it and never forget it.


The Media Blast:  What has been your worst experiences as an artist and how did you bounce back from it?
Ms. Ke:  My worst experience as an artist was one of my first shows at the Riot Room.  I was suppose to perform there and invited my family and I never got a chance to perform there and still to this day I have no idea why and my phone got stolen as well. I never went back there again for a show.

The Media Blast:  You have a project coming out soon, could you tell the viewers about that and your current single "Where You Been At"?
Ms. Ke:  Yes I will be dropping my project this year 2020.  I’m still working out the details on the date but my project is more about me showing the world who I am and I’m not backing down from no one and I’m coming back to handle business.  My single “Where You Been At “ is about me returning back to the music world and where I been at doesn’t matter but I’m back now so let’s get to work!


The Media Blast:  Who did you work with for your current project as far as features and production?
Ms. Ke:  DJ Dub is my producer of my project. Only one feature will be on my project but I will reveal later.


The Media Blast:  Who would you like to work with in the future?
Ms. Ke:  Missy Elliot, she stepped right on back in the game I definitely would love that.  As for independently it just depends on how I feel about your music and we will see what we can do. I really have to enjoy your music to want a feature.


The Media Blast:  What makes Ms. Ke stand out from all the other artists out right now?
Ms. Ke:  I’m actually out here rapping and being myself and growing as an artist I bring more to the table then looks and sexual activities as topics to rap about.  I also sing as well so that’s just a plus. I feel that every track I do is different from the last.


The Media Blast:  What are some of the subjects and topics you address in your music?
Ms. Ke:  Love, stress, happiness, pain, hate, life and etc.


The Media Blast:  Do you have any show dates or appearances coming up?
Ms. Ke:  I’m focusing on my project right now.

Ms. Ke will also perform at the largest artist showcase in the world Coast 2 Coast Live in Shawnee, Kansas on February 11th.  Check the flier for more details and visit the official website at http://www.Coast2CoastLive.com 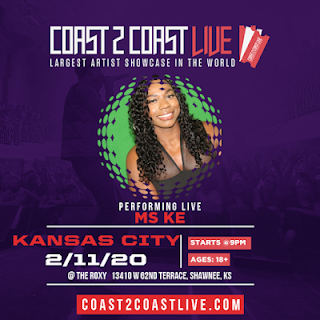 The Media Blast:  What's next for Ms. Ke?

Ms. Ke:  Focusing on my album and releasing my album.


The Media Blast:  What is one thing you would like your fans to know about you that they may not already know?
Ms. Ke:  This is just the beginning for me and I’m ready for whatever is next! Also I just turned 29 back in Dec!

feedback. Shout out to Latosha Mcknight for seeing the talent in me that I didn’t realize I had  in myself. Shout to all the people who really support my movement! Raheem Burns! Alicia Mcknight-Burns Kassaundra Mcknight-Young, and Michelle Young.