The Media Blast would like to introduce rising hip hop recording artist coming straight out of Flint, Michigan, ONE THA GOD!

One Tha God, born DeVon Jones is from the city of Flint, Michigan and is the CEO of the Kitchen Money brand (Kitchen Money, LLC, and Kitchen Money Magazine).  Being that the young rising artist was never a part of a group or crew, he adopted the title of "ONE" being that he stands alone and the name one derives from letters of his first and last name.  One Tha God has been an entertainer for most of his life, and became a full fledged recording artist in the year 2002.
One Tha God has released local indie classics and Michigan state street gems such as Street Penitentiary in 2004, Murder Mitten Vol. 1 in 2007 with the 2nd set in the series released in 2009, as well as a slew of other critically acclaimed projects the following years.  One Tha God has worked with many prestigious music producers and composers from Tito 6 of SoSay International, Zoo of Zoo Beats courtesy of Skywalker Productions, Dontrell Brown, Memphis Raines and renowned sound engineer Bernard Terry at 521 Studios and many others. 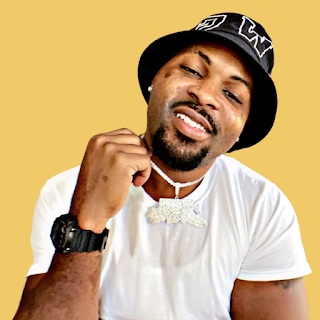 The Media Blast is proud to present our one on one exclusive interview with rising indie rap sensation $hynePhre$h!   In this interview the artist talks about his experiences in the music business, talks about his sound and style, how he feels about the current rap artists today and more!  Read all about what he has to say below! The Media Blast:    How are you $hynePhre$h?  Are you ready for this interview? $hynePhre$h:   Ready as a brand new THOT. Where did you get the name $hynePhre$h?  What does it mean and how does it encompass who you are? $hynePhre$h:   Well it’s quite simple, I like to shine and stay fresh. When you put the two together, it has a nice ring to it. It represents me perfectly. How would you describe yourself as an artist? $hynePhresh:   I would say that I’m a fresh breath of air. Coming with all authentic and relatable Vibes. As an artist, I am pure substance. You are originally from Baton Rouge, LA, but where are you currently? $hynePhre$h:  Yes, I am originall