Geechee One Film's TRAP FLIX PARTY is one of the most talked about films on TUBI | www.TheMediaBlast.net 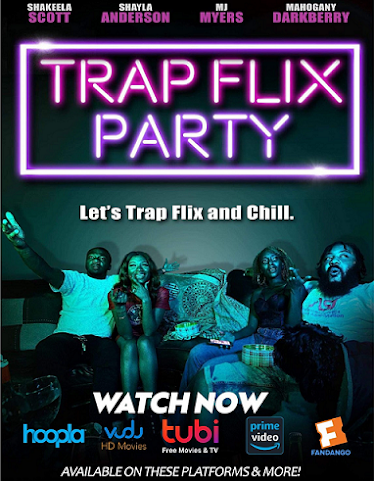 indie filmmaker Felicia Rivers of Geechee One Films.  The movie

platform and is steadily becoming one of Tubi’s most popular project.

The release features 4 amazing short films all packaged together in

one, written, produced, and directed by Felicia Rivers.  The 4 short Films

contained on Trap Flix Party are the horror Tiffany the Doll, the drama

one of the latest drama short films by Geechee One Films.

being released and distributed through Maverick Entertainment,

the number 1 film distribution company for black cinema in the world!

B.A. in Mass Communications.  In 2019 she formed Geechee One

Films with prominent businessman Isaac Hilton, and is based in

Charleston, SC where most of her projects are filmed and produced.

Felecia has worked with over 100 incredibly talented actors from newcomers

to season veterans, which many of them are mainstays in her various

productions.  Felicia Rivers and Geechee One Films are set to

release their first full length project Treasure Box in Sept. of 2021 through