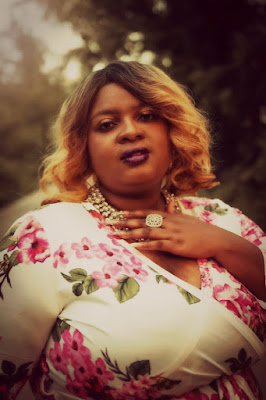 Ebony’s vocal skills were evident when she was 4 years old, Ebony lit up the church’s parishioners and excited everyone with her singing abilities. Four years later Ebony joined Walt Whitman and the Soul Children of Chicago where she stood out as an outstanding vocalist.
Shortly thereafter her singing career jettisoned to new heights where she became a sought after artist in the City of Chicago. Ebony has shared the stage with many well known artists, such as Yolanda Adams, R. Kelly, Celine Dion, Nick Carter, plus many others. In 2001, Ebony Archer was featured in R. Kelly’s video, “The World’s Greatest”. In 2012, Ebony was the runner up in the national anthem competition for “Black Girls Run” with over 40,000 votes. Her melodic voice often get compared to the likeness of Whitney Houston and Toni Braxton.

She is now an "Ebonized Boss". She is CEO of her BBB accredited entertainment company and music label called Music Evolved Records and her BBB accredited media company called "Ebonized Me".
With her many musical experiences, coached vocal training, and development of audience focused stage presence, Ebony is now a gifted singer and because of her fierceness and fearlessness when on stage she is now recognized as the “The Ebonizer"