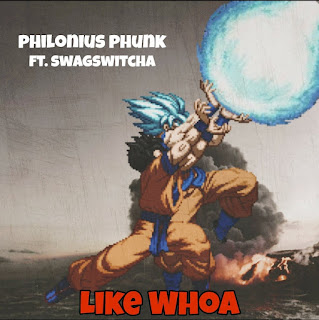 Producer & prominent figure in the nerdcore hip hop music scene Philonius Phunk is BACK with another certified soon to go viral banger "Like Whoa" featuring S.P.F. band-mate SwagSwitcha!  Listen and see if you can point out all the Dragon Ball Z references laced throughout the verses!  Listen to the single at the direct link belowhttps://www.spreaker.com/user/southeasthiphop/philonius-phunk-swagswitcha-like-whoa
Get more updates and information on Philonius Phunk at his official website http://www.PhiloniusPhunk.com
Like Whoa Philonius Phunk SwagSwitcha