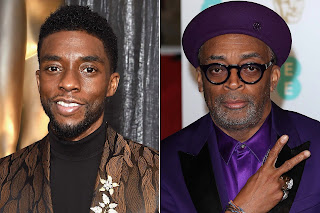 Spike Lee has tapped Chadwick Boseman to join the ensemble of his next film, “Da 5 Bloods.”
Netflix is in talks to distribute the movie, with Delroy Lindo and Jean Reno also in negotiations to star.  Lee will also write the film along with Kevin Willmott.  The film is based on an original screenplay by Danny Bilson & Paul DeMeo, and rewrite by Matthew Billingsly. Lee will also produce with Beatriz Levin & Lloyd Levin, and Jon Kilik.
The film follows Vietnam veterans who return to the jungle to find their lost innocence.

Insiders expect production to begin as early as next month once Lee’s Oscar campaign on “BlacKkKlansman” has officially wrapped up. “Da 5 Bloods” would mark Lee’s first directing gig for Netflix as the streaming giant continues to draw high-profile talent.