JADA PINKETT SMITH speaks on the SPIKE in R. KELLY record sales after THE LIFETIME DOCUSERIES 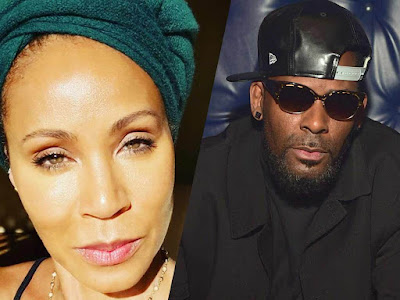 Jada Pinkett Smith is really upset there is a huge spike in R. Kelly's record sales in the wake of the Lifetime docuseries about various alleged sexual misdeeds, and is wondering out loud if black women matter.
The veteran actress posted this video Sunday, wondering how R. Kelly's streaming numbers have spiked after a parade of people made shocking claims on "Surviving R. Kelly."
Jada's asking for some feedback ... if she's missing something -- specifically, "do black girls not matter enough?"
Tons of R. Kelly fans have been defiantly supportive of him, tweeting out messages all weekend such as, "Still listening." Unfortunately, based on the reported numbers, they clearly are.

On Tuesday January 8th many more people plan to speak up against R. Kelly and voice more opinions on an upcoming edition of the popular blogtalk radio show Blacktopia Round Table Talk Radio which airs at 9:00 PM EST.  Dial 929 477 3872 to stream live from your phone and press "1" if you would like to enter the queue to speak when they announce taking calls from the audience.
Also stream online by visiting http://www.blogtalkradio.com/PodcastsOnDemand