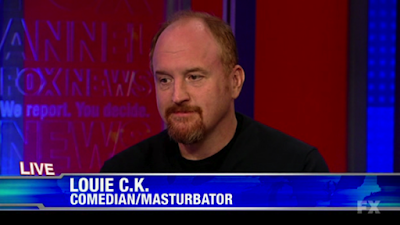 Protesters demonstrated outside Louis C.K.'s latest comedy performance and appearance in New York on Monday night Oct. 29th
The comedian took time out of the spotlight after he was accused of sexual misconduct in an expose from November 2017. Five women recalled instances where the comic would masturbate in front of them or ask if he could, and the "Louie" star subsequently issued a statement admitting the claims were all very much true.
The comic began making his comedy comeback in August, appearing unannounced at comedy shows in New York, however he delivered his fifth return stand-up routine on Monday, and it was the first time he was announced on the bill beforehand.  Protesters showed up at the Comedy Cellar in Greenwich Village in New York City to express their outrage ahead of his two shows, one at 9:30 pm and the 2nd one at 11:30 pm.
One protester, 27-year-old Lana McCray, told New York Post's Page Six he should not be welcomed back to the stage, saying, "He sexually harassed a bunch of women and lied about it for years... He shouldn't feel comfortable performing here when he makes so many people feel uncomfortable because of what he does. He shouldn't get to feel comfortable."
Photos obtained by the publication shows one woman holding a sign which read, "When you support Louis C.K. you tell women that your laughter is more important than their sexual assaults and loss of their careers."
Another protester held a sign bearing the message, "Does this sign make you uncomfortable Louis?"
One attendee of the show said it was "not polished" but he did acknowledge the scandal, while another said the set was good but "nowhere near the best."
During a routine earlier this month, the 51-year-old joked that he "lost $35 million in an hour" following the expose, which led to him losing deals with HBO and Netflix, and having the release of his film "I Love You, Daddy" cancelled.
What are your thoughts??  POST YOUR COMMENTS BELOW. 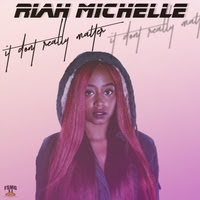