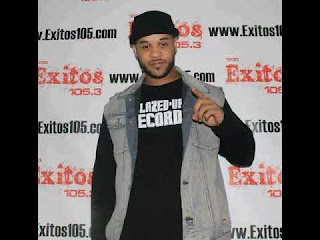 About General P.
Raheem Vann-Davidson was born on May 13, 1989, in Bridgeport, Connecticut. Better known by his stage name P, P is an African American rapper currently signed to Blazed-Up Records. He is a solo artist at the company and A&R Manager under B.U.R's Artist Development Program. P released his first debut mixtape entitled Why P generating 100 copies in 2004. Following that project the 2010 project came On My General Shyt giving P his shot in the Connecticut music scene. By adding a series to his discography P produced TAKEN Volumes 1-4 giving him another platform to excel and finalizing his most recent album in 2017 entitled Eig8t.          By the age of (14) P was a freestyle rapper, engaging in rap battles and competitions at school talent shows. He and some of his friends were given the opportunity to compete in the “Roberto Clemente Sate Park Fest” in Bronx New York, where P was noticed for his rap ability. He met Don Beach at the time owner of D.T.E ( Dream Team Entertainment) and began hanging out and performing at a bowling ally called The Ally’ where artists made their first appearance.By the age of (15) P founded the rap group Test The Bee with his friend Miguel, and family members Travis Vann, and Thomas Dixson. Months after they fell apart and P reconstructed the group by adding childhood Friends Hilkiha Wiliams (Joker), and Thomas Williams (T.J.) where it was suggested that they change their name simply to “T.T.B” an acronym for Test The Bee. They made their first appearance on 89.9 Fm and recorded the EP “The Reunion” with the leading single “Games” Ft. T.J. The group developed a close relationship with a lot of music managers, A&R's, Dj's and producers during which time TJ moved back to Florida to focus on R&B. T.T.B Second single was entitled "Return of the Hustler" (A song set to reunite the boys”) But quickly called it quits after a fight between members. Following the fall out P met the S.W.A.G.G Boyz and was given an opportunity to be a dancer on their "N Da Mix" dance team. P expressed his love for music and was later given an opportunity to be a part of their rap group Full Circle earning the name General P. GP's first solo mixtape on the label was entitled, "No Subliminal Shyt" the CD was set to be released in September 2009 under Full Circle. The mixtape featured popular guests and producers such as Panama, Citi Truth, Ricky
Tan and more but was written off as uninspired and rushed. General P acknowledged the criticism by saying the record label and staff was never a part of the creative processes and barely supported him on activities. In 2010 General P produced the biggest mixtape he had to offer "On My General Shyt". 5,000 copies were produced and its leading single “Cost to be the boss” reflected General P’s animosity towards his team.
General P’s next mixtape entitled Taken Vol.1, was released in October 2013 after applying his work online General P later released the Video “Taken”, which bared his innermost feelings on being taken by the atmosphere around him.In Early 2014, GP parted ways with Full Circle and signed a one-year contract with Rose from Concrete artist development program.  General P is now working on mixtapes and Album releases.  He has also collaborated with a host of artists, that are Blazed -Up Affiliates and affiliates of sibling companies.  General P has releases like "Still Talking", and Human Bicycle" that are available on social media platforms.  Also, the video for the song "Sorry" is available to stream on Youtube.
Contact:
Blazed-Up Records: sstarks546@gmail.com
Bookings/Instagram: @realgeneralp or @abiss5

Advertise with The Media Blast