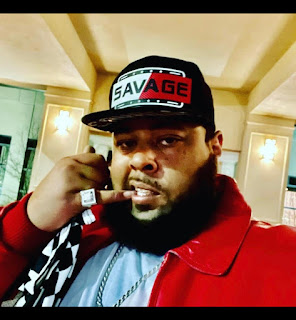 King Kris was born in Key West, Florida. He resided in a place called Bahama Village where he was exposed to island life – he was influenced by the Jamaican/Bahamian/Haitian culture. Because drug activity was common, he was forced to grow up very quickly at a very young age.

Kris states that both of his parents were musically inclined. At the age of 10, he was introduced to rap music finding interest in his first KRS1 album which led him to understand the depth of rap music and its political and social meaning at that time.  Of all of the rappers he’s listened to, Kris points to 50Cent as the most influential rapper because of his raw style of music, followed by Tupac and Biggie because of their East coast/West coast flavor and their relatable streetwise content.

In 2019, Kris became serious about making music.  He set out to record his very first video followed by a real endeavor to develop a catalogue of music, which he still has to this day.  In January 2020, he felt confident enough to record his first professional video entitled, ‘Ima Beast, Ima Dog’ (https://youtu.be/-D7CqMYEfgQ), which racked up some 4K views in its first week on YouTube. After seeing himself visually on the screen, he knew without a doubt “this is it…this is what I want to do”.   It was at this point that he was tired of street life as he knew it, and music was a way to “be a cultural influence without being a hustler in the streets physically.  I decided to leave the streets alone, because I saw that I could still rap about my experiences -  I was believable because my experiences were authentic.”

In 2020, a week after his video ‘Divin’ In The Money’ (https://youtu.be/uCNnkggx_6k) dropped, his performance momentum began to pick up. He had 2 shows scheduled in Ohio and was booked to perform 3 shows out of town, and various small labels were turning their attention to him, wanting to meet with him.  All of this forward momentum was unexpectedly halted due to the now infamous Covid outbreak that shut the world down, canceling all of Kris’ performance plans.  But instead of stopping the progression, Kris’ video began drawing a lot of attention. After it was posted to social media platforms, he was sought by various sponsors and was asked to be a brand ambassador for a particular well-known grill-making company.  So, while many artists were stagnated by the lengthy Covid shutdown, King Kris creatively sought ways to earn income to support his craft. He found the business aspect of the industry was the niche that would provide a steady source of income to keep his vision moving forward. He credits his success to maintaining good business relationships, staying focused, and looking for/receiving beneficial opportunities in marketing, branding, and promotions.  King Kris is a highly intelligent, successful, self-made businessman.  He’s observant enough to deduct that “we, the artists, are the ones who set the trends. We’re the ones the audience will emulate. We’re the ones who tells them who to go to. Any smart marketer will see the advantage of working with a sought-after artist, or a popular up and coming one.”

His latest release, ‘Call Me King’ (https://youtu.be/JRSjVRgQrgE) gives the audience a glimpse into the life King Kris. It’s the most personal work he has produced to date. The video is VEVO approved and is approaching 46K views in just 3 weeks.  He brings an energy that is as hard to overlook as his commanding 6’5” stature, good looks, and determination – all making a recipe for success. He is believable when he says, “I was made for this!”

When asked of his immediate future goals, he states he will eventually be a multiplatinum recording artist with a grammy;  he’d also like to pursue serious acting. He is currently CEO of his own company and label, and he predicts progressive future growth.  He is ambitious and determined stating, “if you shoot for the stars, you’ll at least land on the moon.”