Actress NASIM PEDRAD will play the role of a LITTLE BOY in New TBS SITCOM???? 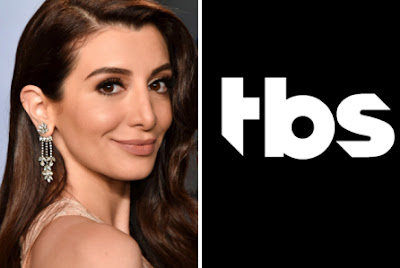 Former SNL star and comedienne Nasim Pedrad’s new comedy Chad has found a new home at TBS, which has picked it up to pilot three years after the project was ordered to pilot by Fox.

Chad is a single-camera Middle-Eastern family comedy that follow a 14-year-old Persian boy, played by Pedrad during high school as he desperately tries to fit in, cope with his mother’s dating life, and reconcile his cultural identity.
The show was a creative swing for Fox, which picked it to pilot in 2016 that was directed by Jason Winer and searched worldwide for Middle-Eastern actors to play Chad’s family. After Fox ultimately passed on the pilot, producing studio 20thCentury Fox TV shopped it to other platforms. The studio is not involved in the TBS’ version of the project, which has been reworked for cable. Studio T is producing.

Chad sees Pedrad return to TBS after being cast in the second season of People of Earth, which ended in 2017.

Pedrad, who made her name on Saturday Night Live, has played a number of young children on the NBC sketch show as well as on Funny or Die. The Iranian-American actress created the show and is writing, exec producing and co-showrunning withHayes Davenport. 3 Arts’ Oly Obst and Rob Rosell also serve as executive producers. Production on the pilot will begin this spring.
“I’m so grateful to TBS for believing in Chad and giving an adult Middle-Eastern woman the opportunity to play a teenage boy while also running the show behind the camera,” said Pedrad.
Added Thom Hinkle, TBS’ Executive VP of Original Programming, “Nasim embodies this role so perfectly, you forget you’re watching a woman playing a young boy. It’s such a funny, endearing script that evokes a modern-day Wonder Years centered around a Middle Eastern family. We can’t wait to shoot it.”