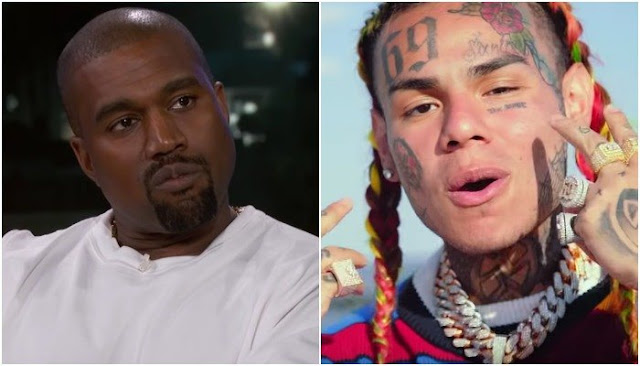 A music video film set with controversial young rapper Tekashi 6ix9ine and Kanye West was interrupted by gunfire on Thursday night (November 8) previous reports say. No one was harmed, though reportedly eight shots were fired at the rented $80 million Beverly Hills estate while the pair were inside.
Nicki Minaj was due to arrive on set to be in the video as well — for a song featuring the three of them due to appear on 6ix9ine's upcoming album — though she was reportedly not there at the time of the shooting. West apparently left immediately after the shooting.