KEVIN HART and BLACKISH PRODUCER team up for NEW PROJECT 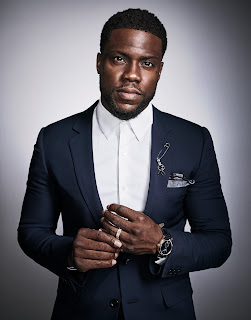 Kevin Hart has lined up another comedy project at a broadcast network.
The Media Blast has learned that Hart is executive producing the project “Don’t Call It a Comeback” that is currently in development at ABC and hails from writer and executive producer Courtney Lilly.

The series is a single-camera family comedy about a 40-year old divorced dad who had one hit with a PM Dawn-type hip-hop group back in the ’90s and how he uses his attempt at a comeback to get his swagger back in parenting, relationships and life and prove that no matter where you are, your best days are ahead of you.

“Courtney’s idea is funny, relatable and most importantly has so much heart—all the elements that belong in a HartBeat production,” Hart said. “I’m so excited to work with him and everybody at ABC.”
Lilly is currently an executive producer on the critically-acclaimed ABC comedy “Black-ish.” His past credits include “Undateable” at NBC and “The Cleveland Show” for Fox. He was also a writer on “Everybody Hates Chris” and “Arrested Development.” He is repped by UTA.
With this, Hart now has three projects in the works at three different broadcast networks. In addition to “Don’t Call It a Comeback,” Hart and America Ferrera are executive producing the comedy “All Fancy” starring former MadTV cast member Anjelah Johnson in development at NBC.

Meanwhile, Fox has ordered a pilot presentation for an animated comedy executive produced by and starring Hart titled “Lil Kev.” All of this is on top of Hart’s very successful career as a stand up comedian and the various film and television projects he has in development across multiple platforms.